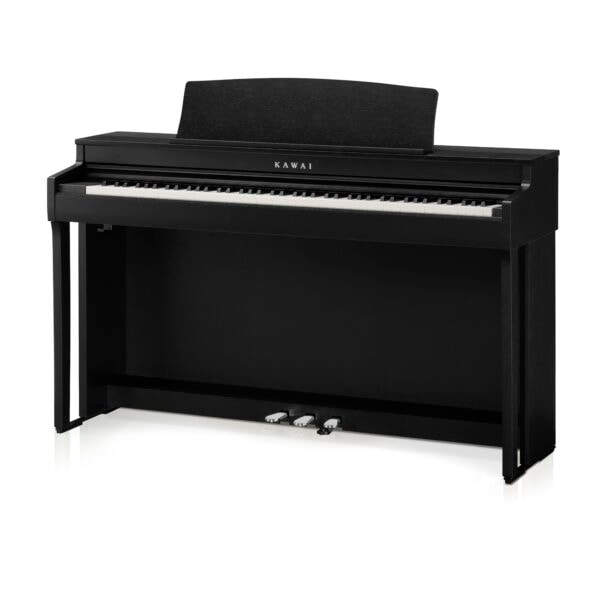 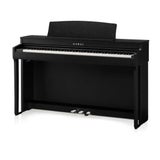 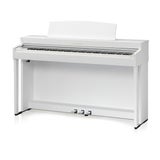 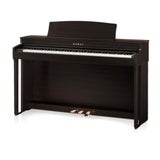 The CN301 is the latest addition to Kawai’s CN series of mid-range pianos. Building on the popularity of its predecessor, the CN39, the new CN301 has features normally found on top-of-the-line instruments. The renowned Responsive Hammer III action has been upgraded to reduce action noise and improve stability. The Shigeru concert grand piano has been refined, resulting in the best concert grand sound in a mid-range digital piano. The CN301’s crisp, clean sound system delivers unmatched tonal clarity and superior sound. New diffuser panels mounted to the top-facing speakers project the sound in all directions for a more acoustic piano-like effect. The unique ‘Low Volume Balance’ feature intelligently adjusts the characteristics of the piano for the most favorable expression when playing at low volumes. Both Bluetooth MIDI and Bluetooth audio are incorporated for a variety of wireless applications.  The CN301 joins other Kawai models by supporting Kawai’s PianoRemote and PiaBookPlayer apps which allow settings, sounds and lesson scores to be accessed from an iOS or Android smart device. The redesigned control panel has a more intuitive layout which compliments the large OLED display.